The most important economic sector in Val Gardena is Tourismus, but traditional handcraft follows right behind it. It is those two economic sectors which have made Val Gardena known worldwide. The beauty of the mountains and the excellent tourist infrastructure make it possible to spend unforgettable summer and winter holidays in the valley, doing sports and enjoying being in close touch with nature. In the winter months, Val Gardena offers numerous lifts and cableways for the skiing enthusiasts and many kilometres of cross-country ski runs. In the summer, the breathtaking alpine landscape is the perfect setting for walking, hiking, climbing and mountain biking.

However, seen from a historical perspective, the basis for Val Gardena’s economic boom are sculpting and wood carving. Over many centuries, this economic sector has employed many families of the valley. Still nowadays there are numerous firms, independent sculptors and art as well as vocational schools which still perform this activity and which are the pride of the people of Val Gardena. The wooden works of art of Val Gardena are known all over the world. It is in fact unthinkable not to mention Val Gardena when talking of wooden sculptures. The beauty and the uniqueness of the products of Val Gardena proof that a cultivated tradition can become a synonym for quality. Many wooden articles are produced in the valley: religious figures such as Madonnas, crucifixes, nativity scenes, saints, angels and holy water receptacles, secular figures such as animals, skiers, masks, clowns, historic or famous personalities and also design objects such as chairs, tables, mirrors, lamps, nutcracker and many more articles.

Ladin is the oldest language in the Alpine region: it emerged in the 1st century AD from the fusion of the Celtic culture of the Rhaetic people and the Roman one. The various migrations were a strong threat for this language. Luckily, is survived in some tributary valleys: in Val Gardena, Val Badia, Val di Fassa, Livinallongo, in the area around Cortina d’Ampezzo as well as in the Italian Autonomous Region Friuli-Venezia Giulia and in the Grisons in Switzerland. The Ladin language is one of the most outstanding characteristic of Val Gardena and has attracted the interest of many linguists. Although it has some similarities with Italian, its orthography, vocabulary and pronunciation are yet very different. In addition, Ladin was born one thousand years before the Italian language, and it is not a dialect as many people erroneously still believe. Unfortunately, the modern technological progress has forced the people of Val Gardena to use words of other languages in order to describe new concepts and objects which are not present in the original language. The majority of the assimilated words comes from German, Italian or English, what inevitably brings an impoverishment of the language with it. An interesting fact is that knowing Ladin makes it easier for the people of Val Gardena to learn other languages. One of the first ones to show this phenomenon was the famous minnesinger Oswald von Wolkenstein, who on his numerous journeys confirmed that his knowledge of the Ladin language helped him a lot in learning other Romance languages.

The first one showing interest for the Ladin language from a philological point of view was the priest J. A. Vian of the municipality of Ortisei, who was from Val di Fassa. He analyzed thoroughly the Ladin grammar and vocabulary and collected the idiomatic forms of this language in a book. This study was the basis for the work of many other scholars. Nowadays, Ladin is officially recognized as a language and thousands of lemmata have been integrated with their translation and description in dictionaries. Some linguists estimate, that 80 % of the Ladin words originate from Vulgar Latin, 15 % from Germanic and the rest from the ancient language of the Rhaetic people. In the Museum de Gherdëina in Ortisei, founded in 1960, many testimonials of the Ladin culture and tradition can be visited. The museum is located in the Cësa di Ladins (“House of the Ladins”) and hosts interesting collections documenting the wood carving evolution from the 16th century until today as well as geological and archaeological discoveries of the Dolomite area. A permanent exposition illustrates and commemorates the adventurous life of the famous film maker and mountaineer of Val Gardena Luis Trenker (1892-1990). The museum and its activity such as the organisation of numerous cultural events as well as the promotion of historic and scientific research would not exist without the Union di Ladins de Gherdëina. This non-profit association was founded in 1946 and is part of the Union Generela di Ladins dla Dolomites, the most important cultural association of the Dolomite Ladin area. The Union di Ladins de Gherdëina promotes the Ladin language and culture through television and radio programmes as well as through publications, expositions, concerts and theatrical productions.

Through the strong demand for sculptures of Val Gardena after the Second World War, the limits of the valley’s production system came to light. With the putting-out system the people of Val Gardena couldn’t keep up with the more and more competitive world market. The old system made it impossible for the wholesalers to control the quality and the delivery time of the sculptures by the home workers, as those not always were able to manage all the requests coming in from several wholesalers. Moreover, neither the artisans nor the wholesalers were interested in modernizing the production process as the new models were regularly copied by the competition. Consequently, they risked not to meet the requirements of the clients or of the new market, which in the meanwhile had developed and on which excellently worked merchandise as well as fast and secure delivery times were asked for.

This new situation made the wholesalers take in hand themselves the production of the sculptures. The use of modern machines enabled a significant increase in the production, a greater precision and thus higher profits. In addition, a punctual delivery of the orders could be guaranteed.

Among the new businessmen, Anton Riffeser stands out because of his very special “nose” for business issues. His story shows once again that individual initiative is often pivotal for the development of a century-old handcraft tradition. Hence the firm ANRI (Anton Riffeser), founded already in 1925, was the first factory which attacked with courage challenges in the production management unknown until then. After the Second World War, the factory was enlarged and equipped with the first machines such as wood carving machines for the first rough handling of the sculptures. This firm was also the first one in the valley in possession of a wood drying plant and to open a branch in Germany. For many years the firm was of fundamental importance for the economy of the valley, as it offered jobs for numerous people: in 1952 the firm had 50 employees, three years later the number increased to 150, two more years later the employees were 230 and in 1965 280. The firm ANRI still exists, but its importance within the social order for the valley has diminished, among other things because of aspiring family businesses.

A further example for the industrialization is the firm SEVI (Senoner Vinzenz), which was specialized in the wooden toys production. The seat of the management was in S. Cristina, whereas the works were erected in Pontives, at the entrance to the valley.

In this type of factory, for example ANRI and SEVI, both carvers and painters worked in the same plant. New was the fact that the various tools and machines were put at disposal by the employer, who also paid the employees a monthly salary. Initially, these factories were heavily criticized by the population, but with time passing they realized the advantages of the activity as an employed person: you had a fix salary, were medically and accident insured, received bonuses, family allowances and a pension, and you could exercise your job in comfortable and spacious rooms. Up to that point in time, such working conditions were unknown to the carvers and the painters.

But in the last years it can be noticed a clear countertendency, as the large industrial companies have to cope with more and more difficulties. The delicate work phases such as the final processing of the figures, the assembling of the various pieces and the painting of the sculptures have necessarily to be made by hand. For that reason, the large firms have a high fixed cost and less flexibility in the management, and therefore struggle in periods of crisis. If a firm is not able to reach the planned sales volume, it is forced to dismiss personnel and, in extreme cases, to shut down, as it happened with the firm SEVI. On this account, lately small family businesses came out on top because they can back on a higher flexibility, a greater originality and quality of the products, an excellent relationship with the clients and above all on a considerable cost containment. Hence we could almost talk about a return of the putting-out system: the firms commission orders to the home workers and sell the articles manufactured for them under their own brand. 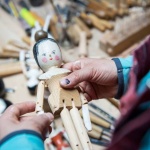 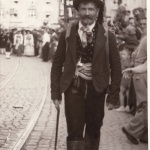 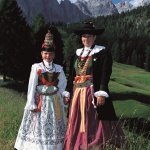 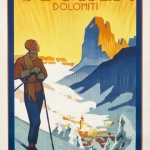 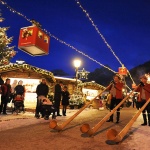