Skiing in the Dolomites

You’ve finally made it at the King of the skiing carousels. The largest, the most beautiful, the most renowned and thrilling one. Dolomiti Superski is once again ready to show off it's best side: natural nature! It’s ready to offer you unique and new emotions you’ve never experienced before. The most beautiful peaks in the world, the Dolomites an UNESCO World Heritage, with an ancient stone cliffs made of Dolomia, which tinge a subtle shade of red when people gaze at them at sunset.

The Dolomites in Italy - always worth a visit

Yes, they are waiting for you. 12 skiing areas, slopes which are a constant thrill and others which are for the mild of heart, there’s something for everyone, state-of-the-art lift facilities, 1,200 km of snow, sunkissed and enticing slopes. You can choose the carousel closer to home or push yourself to the limits, skiing where few men have ever skied before. You can reach the 3,300 metres of the Marmolada, you can cross the Tognola gate and whizz by the Pale di San Martino, cross Ladin valleys and gaze at the 3 Cime di Lavaredo which welcome you with a gracious nod. Cross those peaks which saw the battles of WWI, today, a heaven of peace.

How about an aperitif, gazing at the Monte Cristallo panorama or the elegant boutiques peppering the village high streets? What are you waiting for? Your heart deserves more. It deserves a ride on the Gran Risa, on the Saslong or on the olimpionic slope of the Tofane, with the same emotions experienced by a World Cup champion. And even if you decide to slow down… and you stop for a second in a snowy forest… smile, because even when resting, you are in one of the most beautiful places on earth.

As with many sporting firsts the adventurers were not numerous when they took to exploring the mountains on what were little more than flat wooden boards, but the pull of the mountains and the natural formation of the Dolomites snowy slopes was strong. It took but a few years for thefoundation of the first Ski Club in 1903 at Cortina d'Ampezzo and the first ski race followed in 1905 in Alpe de Siusi. So was laid the base for the development of tourism in the Dolomite valleys. And then there was no holding back: the first tour round the Sella……. lasting more than 2 days was completed by the young adventurer from Meran, Peter Böttl, in 1912. Soon to become of an international standing as winter sports destinations were the very elegant Cortina d’Ampezzo, Corvara and Selva Gardena, all achieving a certain acclaim by the thirties. Examples of sporting endeavour and keenness to accept a challenge are commonplace in these Dolomite valleys. We can go back and cite the legendary Cesco Kostner of Corvara, who already back in 1933 won the "Gigantissimo" on Marmolada and went on to found the first ski school in Corvara in 1934. For we valley folk no mountain is too high and no task too difficult to be accomplished. In 1956 Cortina D'Ampezzo was the natural host to the Olympic Winter Games and, in part thanks to the media exposure, became the exclusive tourist destination that it remains to this day. And as for achievements just think of the 10 hotels in Selva back in 1900 which catered for English and Austrian guests principally and which went on to develop into important international hotel destination of choice. When speaking of uphill lift systems we have to think of the first chair-lift built by Erich Kostner, which ran on cables supported by wooden pylons, through to the large scale development in the fifties and sixties.

Slopepreparation … working for you during the night

When of an evening the guests are taking a well earned rest after a hectic day on the slopes, 300 snowcats begin their shift so as to prepare with tender loving care the 1.200 km slopes which make up Dolomiti Superski. A task force team of machines prepare the slopes so they are smooth and retain a good grip making it easy for you to show off your ski style. Apart from a great style the careful preparation means that you are far less likely to lose control of your skis and thus the number of accidents between skiers is greatly reduced.

Preparing the slopes in a systematic and regular manner results in the snow cover being constantly compact and in this way fauna and the round itself are protected from the sharp edges of boards and skis which otherwise could do great harm.. The weight of the snowcats is distributed over a significant area and therefore the impact is less violent than that caused by hikers.. Our drivers are trained to a high professional level to carry out a task which is not as easy as it may seem. And the result of all this? Yes, shining impeccable slopes each and every morning welcome you! 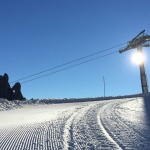 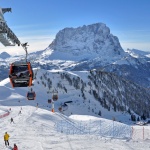 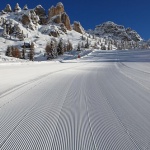 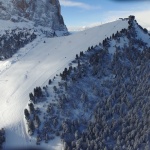 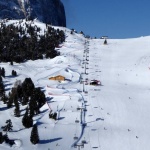 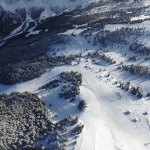 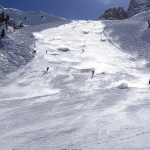 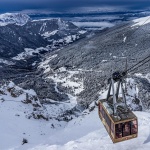 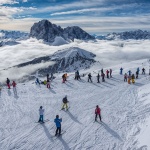 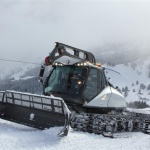 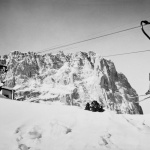 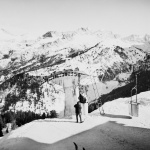 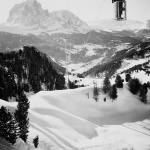 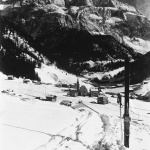